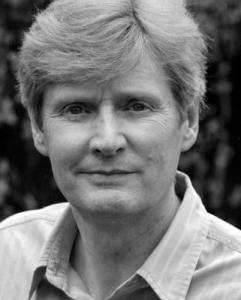 Passers-by must often have wondered if the old Methodist Chapel in London Street at Whitchurch had any future, laid open as it was to the mercy of the weather with holes in the roof and weeds springing up to hide its shame.

The faithful who once worshipped here had long since closed their prayer books and departed.

Later the chapel would become a shirt maker to royalty, and even an antiques emporium. But for too many years the doors had remained shut leaving a ghost of a building.

Its red brick and mortar façade was badly in need of an ambitious makeover if the place was to survive. For once neglect of an old edifice sets in, its lungs fail and decay threatens to destroy it.

But last December something happened…. a miracle on London Street.

Lights blazed on a Christmas tree high above the porch, heralding the old chapel had been recalled to life, sending a hopeful message to the local community.

Austen Miller, Senior Partner of 3form Design had long nursed a dream to restore the chapel, transforming it into a state of the art engineering design centre.

He was only too aware of the task ahead of him.

For this was a ‘notable’ building in the town, erected in the early 1930s. Its inscribed plaques laid by local worthies in March 1932.

If Austen’s vision was to become a reality, months of talks would be necessary with the local authority planners.

What he has set out to achieve is a dynamic that reflects the care he takes in his business. He was determined to restore and even improve the front of the chapel. His first ‘act of faith’ to ensure the foundation stones were cleaned, putting a signature on the building’s history.

Inside all will be changed.

A contemporary suite of offices is on the drawing board, fit for a successful young company currently based in Andover, attracting a global order book.

3form Design offers a disciplined creative resource in new product design. Designs include products that matter in our everyday domestic lives. Inventive kit for phone communication, a new baby feeder championed by thousands of families, a new idea on water savings and a different angle on mobile payments.

It was in early December that the big boys, the hard hats and the boots, arrived to tackle a project that will look well on their CVs. A small talented construction workforce, locally recruited will see the job through every stage with specialist contractors coming on board when needed.

Two months on, the building is half between sleep and wakefulness, cocooned in a spider’s web of scaffolding.

A circle of lamps pierce the gloom inside, throwing shadows on the old prayer hall.

No one on site is in any doubt that putting a new heart into an old building will be a difficult transplant. But there is a mood of optimism about, as all concerned a pinning their hopes on the project being completed in eight months.

An interesting footnote. More than a hundred years ago the sober trustees of the Methodist Chapel placed legal restrictions on the property. No liquor to be consumed on the premises, no betting and no dancing.

It would be churlish to suggest that Austen Miller and his team will not be raising a glass of fizz on opening day to their miracle on London Street.

Written by Christopher Peacock. Christopher is an actor and a former TV News Presenter and Reporter, and lives in Whitchurch.