Last week saw the stud work being built, the first of the plumbing and a lot of planning being done for the electrics. Visually things are changing every day, now that we are this far into the build.

We even have some temporary stairs!

The stud walls have been put up in the upper-floor rear section where the ladies and gents toilets are going to be, as well as downstairs around the fitness room and on the front wall of the first private office. A large portion of the walls are going to be made of glass, which will be installed in the near future. 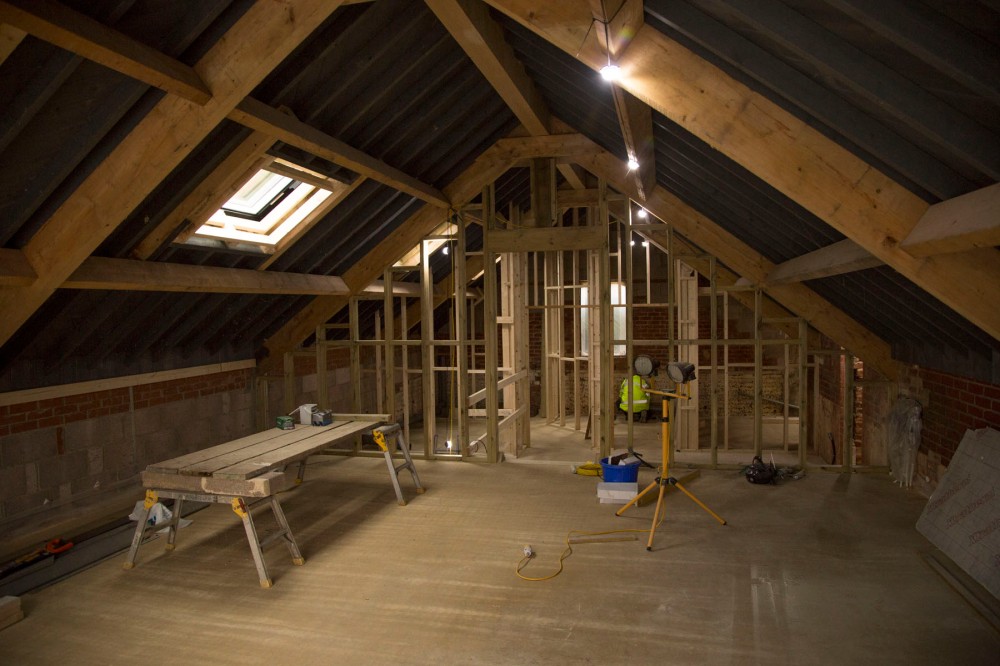 Recently we met with Wiltshire and Willey (http://www.wiltshireandwilley.co.uk) who are the team handling the electrics for us.

Getting the electrics planned is a complex and slightly daunting task as there are a lot of factors that need to be considered. We are going to be using a lot of high powered machinery and computers throughout the building and everything needs to be totally future-proof. 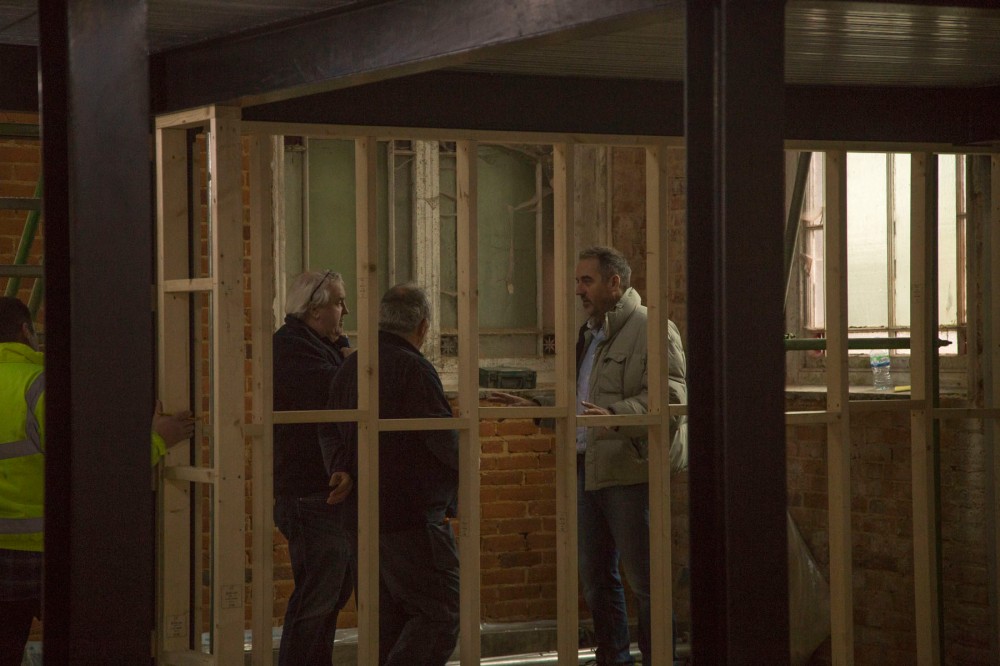 In the first-floor main studio there will be 18 workstations each drawing as much as 1.2kW of power at peak – that’s a staggering 21.6kW that would need to be available at any one time. Enough to power a superclub’s sound system. BUT don’t worry, we won’t be using anywhere near this much power on a day-to-day basis.

The desks for the studios are being designed so that they each have individual lighting overhead and power controls that allow each designer to manipulate their own lighting and environment.

All of the lighting throughout the building will be using LEDs in order to stay as “green” as possible and we will also be implementing motion-activated lighting in the toilets and other rooms so that we can minimise the amount of wasted electricity.

Our plumber Roger has been hard at work getting the initial pipe work fitted. Unfortunately this week he was a bit over enthusiastic while trying to release a fitting and managed to punch himself in the face – but other than that everything has been flowing smoothly (excuse the pun).

All of the toilets throughout the building are going to be fitted with Geberit DuoFresh (http://www.geberit.co.uk) odour eliminating systems. These will immediately extract air directly from the toilet and remove the odour by passing it through a carbon filter before venting it back into the room – much better than a conventional system. So no more smelly toilets!

Towards the end of last week all of the 3fD team took a trip to the Chapel to see the progress and everyone was equally astonished at the changes. Now the space is really taking shape there is a lot of excitement amongst the team and some of us are even starting to figure out our favourite desk positions.

More to come soon, so keep an eye out! 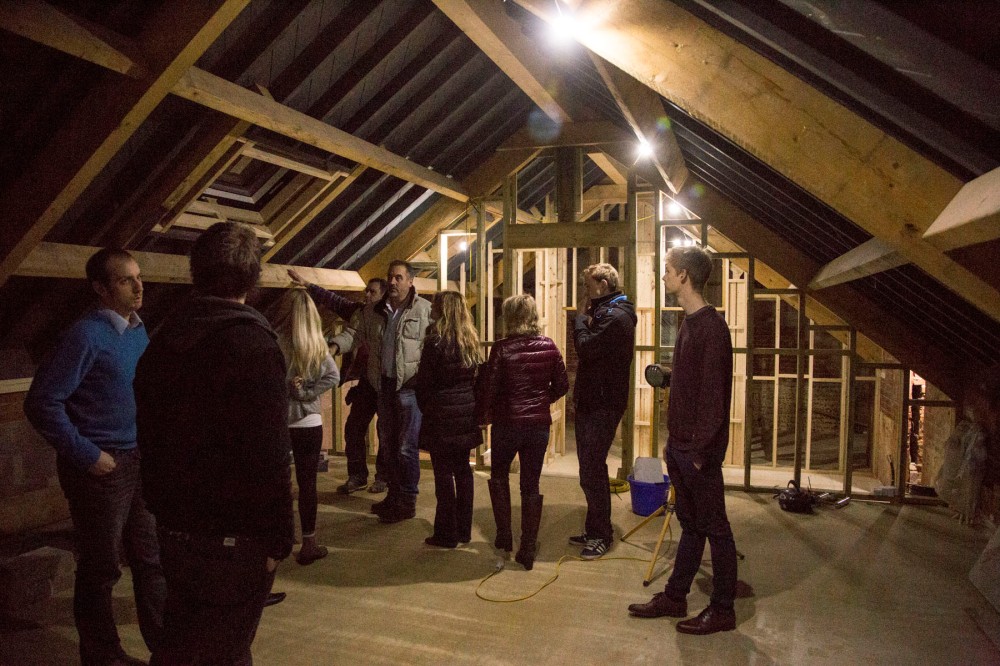